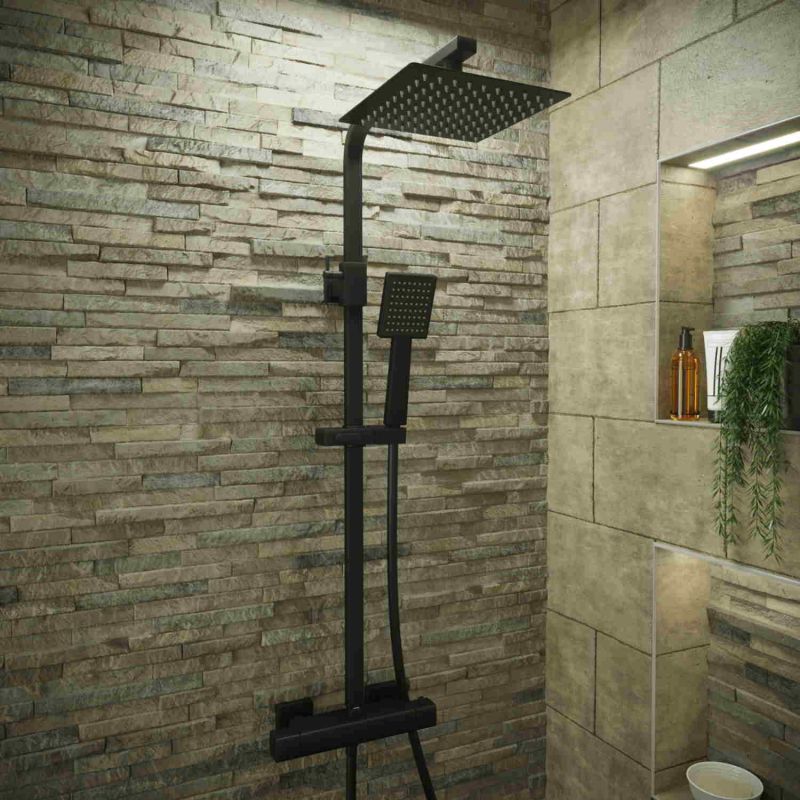 Solar offer a range of thermostatic showers in various different designs and finishes to suit almost any bathrooms. The Solar exposed shower system comes in a stunning Matt Black finish.

Solar include a set of easy fit brackets to assist with installation of this exposed shower kit, making installation even easier.

The included riser rail in this Solar shower is telescopic, allowing you to adjust the height of the shower head from the valve to a desired comfortable height.

This Solar exposed shower kit has been tested and has met the safety requirements for the TMV2 certification, this means that in the event of a supply failure of one of the feeds the valve will automatically quickly shut off to avoid any potential scolding.

This Solar exposed shower has been tested and meets the WRAS approval standard, meaning that it has been proven that this valve does not contain any potentially harmful contaminants such as lead or arsenic. 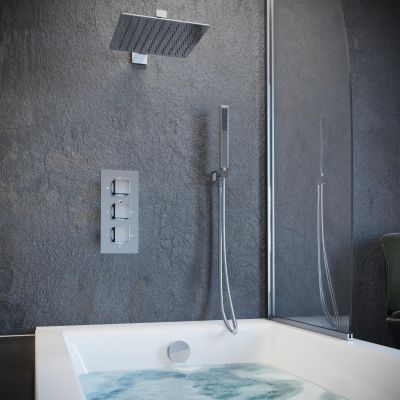 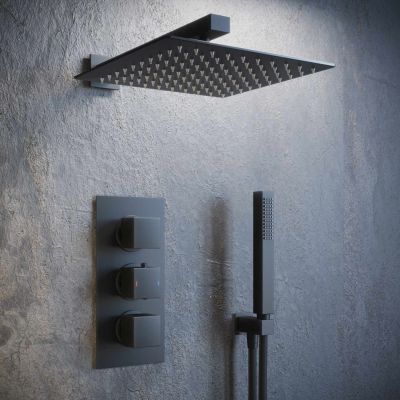 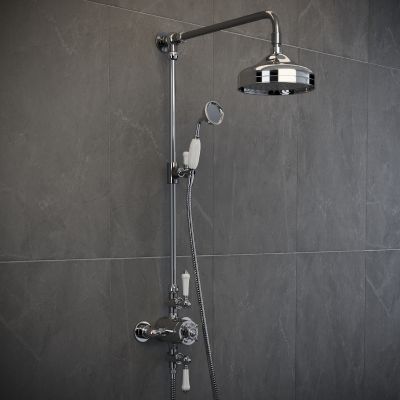 £299.99
View Product
Enter your email address to be notified when this product comes back into stock. Your email address will only be used for this notification, and will be removed from our system, once the email has been sent to you.